The following two articles were written in 1988 by Doug Drexler, the special effects makeup artist on "Poltergeist III." Especially significant is the second article, which details the re-shoot of the ending of the film after Heather O'Rourke passed away. 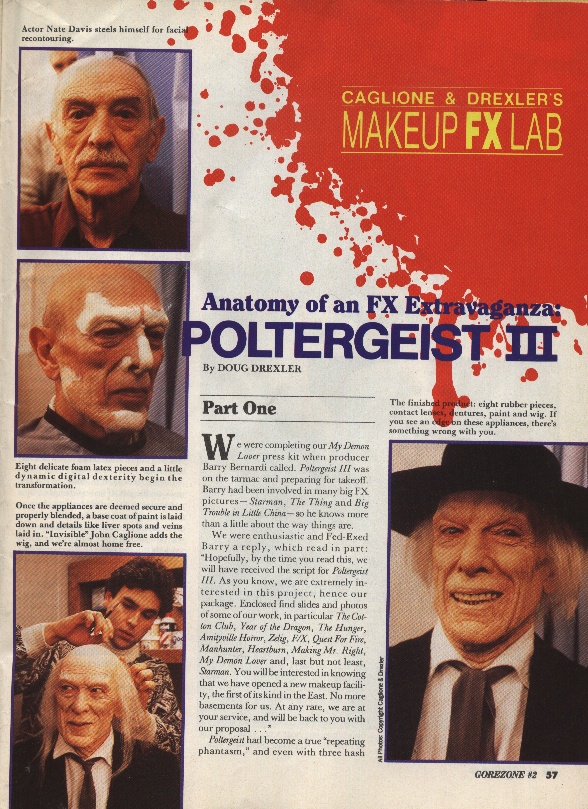 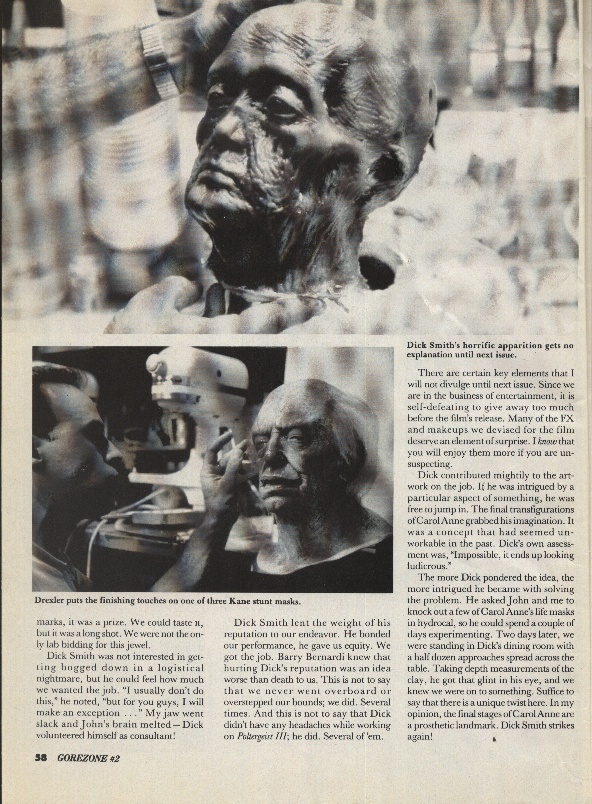 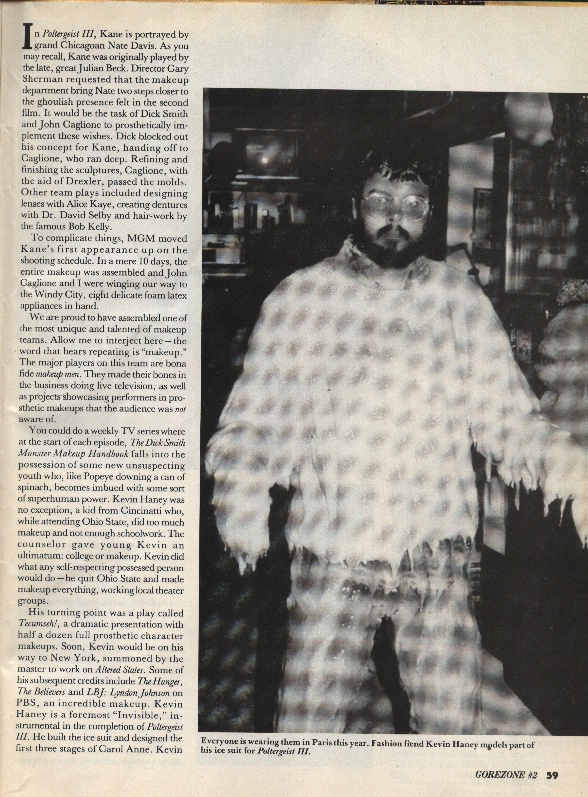 Before Doug could write the next article, Heather O'Rourke tragically passed away on February 1, 1988. Doug and John Caglione flew out to L.A. to help with the re-shoot of the ending in March of that year. In May, Doug wrote the following article to recount that experience (the article ended up being published in the September 1988 issue of "Gorezone"). 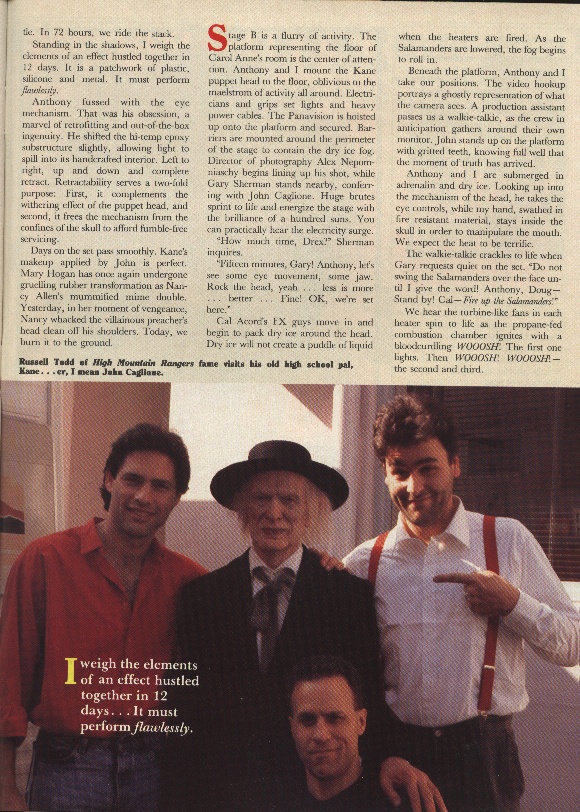 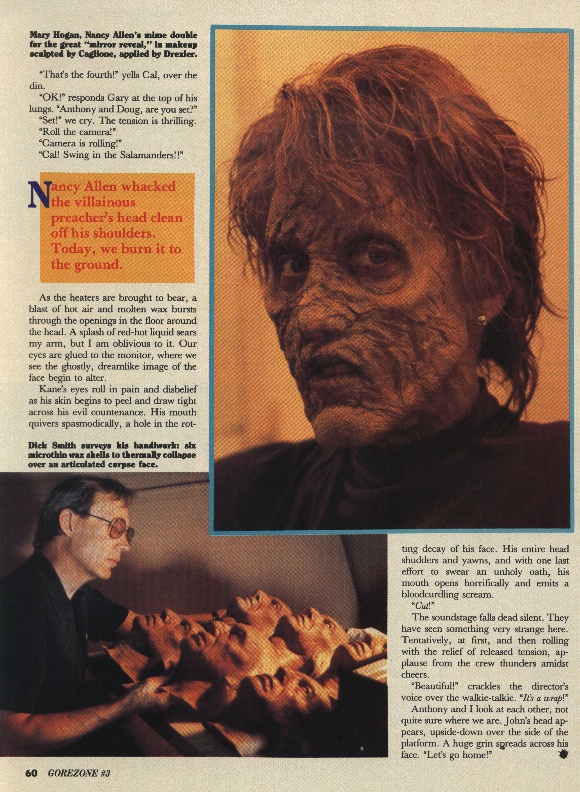